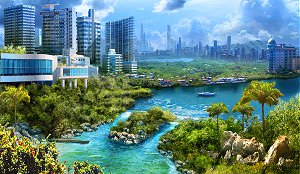 Ah, Utopia... that magical and seemingly impossible paradise where everything is perfect and we all live happily ever after. Not to seem like a curmudgeon or anything, but, please. Get a grip.

The concept of an unattainable Utopia has been around for a long time, officially since the year 1516, when a Sir Thomas More wrote a book by that title. In it, he muses freely about the perfections of human imagination in a decidedly non-existent place. He uses this mystical Neverland as a vehicle to contrast with the "way things really are" in the world.

We all have our personal Utopias, where we can wistfully while away the minutes or hours longing for this personal paradise. The thing is, it's a trap. And a great one, too. Most of the great religions of the world promise some sort of paradise in the afterlife, or a code of conduct that if "everyone just followed this" the world would become perfected. So, it's a pretty transparent control mechanism. 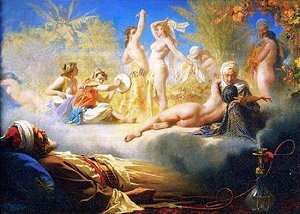 The problem with Utopia is that it begins with a judgement, and ends with a conclusion. The judgement that my current circumstances are bad or untenable and if some magical thing would just happen, my life would be perfect. Well, perfection is a judgement in and of itself, too. Perfect in what way? Once perfection is attained, then what? That's the conclusion--the big conclusion that stops everything from becoming something else, something much greater.

The judgement and conclusion of perfection completely denies how creation actually works, because if your goal is the attainment of Utopian perfection, you're going to be working on that for eternity. Why? Because the Utopia you envision now is not the Utopia you'll envision later. Everything changes, including your idea of Utopia, your judgments about it, your conclusions about your own life, so it's completely an exercise in smoke and mirrors with nothing concrete that would ever show up, except for perhaps unhappiness and frustration.

In the existing quantum world, once something is observed, it changes. Thus, the artificial construct of Utopia, once viewed and desired, begins immediately to change. It does this, in fact, to the point where most of us give up on attaining our Utopia after childhood. We settle for what is easy and obvious, and what is comfortable, or what we're comfortable doing, or even what doesn't hurt. 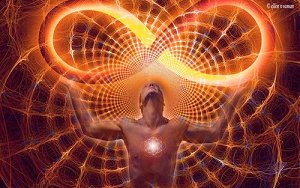 We are infinitely powerful beings. We have the ability to create whatever life we want to create, and the way to do that is requesting of the universe (our creation) an awareness of our greater potentials, and of what else is possible. As infinite beings, we have a need to play big, make waves, make a big sound. What's the biggest game we can play, the biggest sound we can make? We don't know, so that's when we ask the question: What else is possible here? How does it get better, bigger, grander? The awarenesses revealed from those questions is what the universe is already set to deliver you. All you need do is follow the yellow brick road.

So stop dreaming of, or even working on that elusive and unreachable Utopia. Instead ask the Universe what amazing greatness it already has available to you right now!

As kids we were all educated with the underlying premise that solid things acting upon solid things is the only way a solid thing changes. This, in fact, is still the prevailing worldview held by the majority. However, with the advent of quantum physics--that snarly and deeply subversive science that claims NOTHING is solid, has, well, created a whole new level of cognitive dissonance. That is, if you're tuned in.

The problem, in my view, stems from a deeply ingrained over-dependence on our almighty tool-using perceptions. If you can hold it in your hand, bang it on something, it's, well, real. This could not be argued with for thousands or hundreds of thousands of years of human evolution here on planet rock. But now, it can.

I don't think people get the full impact of this extreme change in reality. It's like your postman came by with that blimp you ordered, and just put it in your curbside mailbox. You went out to retrieve it, realizing it was quite impossible that it was there at all, but then, you pulled it out--all 100 yards of length--and scratched your head, loaded the kids in the blimp and went off for ice cream.

That's cognitive dissonance, my friends. And that's basically the world we live in now, but we don't really get that it is.

Anyone who knows me, has heard of my current fascination with Access Consciousness. I love this modality because it requires you to "live in the question" as opposed to always seeking answers. This flies in the furry face of all us monkeys trying to "figure out" what "tool" to use to find the next answer. Because if you have the Answer, you can solve that problem, and by solving that problem with that answer, you think you'll be happier or at least understand why that problem is going on. Well, this is all bullshit, actually. With Access they push to stay in the question, ignoring answers, and simply being content with what awarenesses show up as a result of being in the question. By using this approach, you create a far greater range of potentials and possibilities--or quantum entanglements--from which you can choose your preferences. 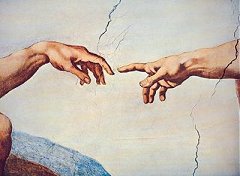 The challenge with this mode of thinking and knowing is that it is pretty much the opposite of what we try to do, so we're much less willing or even able to accept that a question can create so much change. It's a reality gap--a quantum thinking gap. You mean we are actually creating every single moment that is happening to us? Yep. Even if you buy that--even a little bit--it is a bitch to wrap your head around it. In fact, the more you buy into the self-as-creator paradigm the more cognitively dissonant things become because you realize that because nothing is actually solid anymore (which was an illusion in the first place), a mere passing thought or intention can completely change your life. Of course, this was always true before, but then we attributed big life changes to "fate", "karma", "coincidence" or "synchronicity" without realizing that all those "escape terms" are actually code for You-Create-Everything.

The trick, I think, is to acknowledge that the way we think and how we feel about it, are fundamental drivers even more than that hammer on that nail. In fact, that hammer and nail were created by our thoughts, intentions and feelings. It's confusing and a little or a lot scarey, but it makes the world a completely magical place!

Posted by Boyd Martin at 2:45 PM No comments: