Rounding the bend toward healing 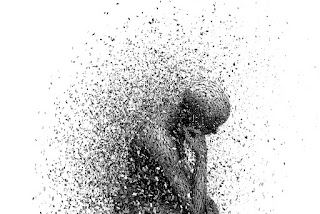 I finally have put it together after SIX YEARS of mis-diagnoses, extreme pain, discouragement, and general life upheaval.  I now see a way to transcend my physical mal-adaptation (for want of a better word).

My life partner, Shay, had taken an apartment in San Diego in order to be close to a doctor in Tijuana who was treating cancer with a new aggressive form of chemo-therapy that was not FDA approved. Shay had been diagnosed with Stage 4 breast cancer, and rather than continuing to commute from Portland, she opted to move to San Diego, where she could also attend courses and participate in regimens at the Optimum Health Institute in Lemon Grove.

Meanwhile, I was holding down the fort in Portland, running the online health products business, taking care of two houses (one rental), and playing drums nights in various bands, with the occasional tour.

Shay was not doing well, and finally called to say she couldn't do it alone anymore, and would I please come down to assist.  I loaded up the RV with items she wanted from the Portland residence, and packed a bag for myself.

Once situated, I commenced driving her back and forth over the Mexican border a couple of times a week.  At some point, her condition deteriorated to the point where she needed hospitalization, so she was admitted to the Tijuana hospital where her doctor had been administering her chemo treatments.

Initially, she was admitted to treat a bad case of pneumonia, and had surgery to insert a drainage tube into her lung.  On the day of her surgery, she had a couple of visitors who had come in from San Diego and her sister who had come down from Portland,  for moral support, so we were all sitting around her hospital bed, joking and reminiscing.  I suddenly began to feel sick--a slowly building nausea, that ended with me hunched over a toilet, puking my guts out.

It felt like an extreme version of stomach flu--although I'd never had it that bad before.  I decided to go back to San Diego to recuperate, and Shay's sister decided to go with me, as her flight was leaving the next day.  It was a miserable drive back to the apartment, since the traffic line at the border was always a long wait--and with stomach flu--well, let's say I don't ever want to do that again!

The "flu" lasted about 36 hours, and I was having trouble even keeping water down. After a couple of days, I was still shaky, but able to eat.

I went back down to Tijuana, and remained there until Shay passed a few days later.  Although it was expected, her death was still a big emotional blow for me, and contributed to compromising my immune system, setting the stage for what was to come for me physically.

After her death, I opted to remain in San Diego, taking over her rental, and beginning a new life without Shay.  After about 8 months, I began getting extreme pain in my left shoulder at night, which then migrated to my right shoulder, making sleep difficult and intermittent.  These shoulder pains would come and go--some nights be absent altogether, other nights I'd be up all night.  Aspirin didn't cut it, and I was getting anxious about what the hell it was.

Then, it seemed to subside, and I was relieved.  It was just in time to go to Burning Man!  It was my first time, and was a great experience.

Upon my return, the pain came back, but now had spread to my knees, with swelling and aching. I was doing daily yoga at the time, and it got the point where it was just too painful to continue. I started getting regular massages, and that helped.

Over the next 5 years or so, I saw healers, naturopaths, acupuncturists, and shamans.  I have always been a spiritual person, and this "condition" took me down a deep rabbit hole of conscious awakening, self-discovery, and put me face to face with the darkest parts of myself.  And for that, I am grateful.

However, I'd sure prefer to not experience my body AS PAIN.

The condition has left me with 50% less muscle mass, shrunken cartilage in my shoulders and knees, and an inability to stand fully, due to pain.  I can't "walk" (hobble really) or stand for more than 15 minutes, without pain getting to an "8" (my own scale where 8 is involuntary vocalizing).  Symptoms are much worse upon waking, with sharp pains in both wrists and elbows joining sharp pain in shoulders, knees and ankles.

As I have scanned the past 6 years every day, I always come back to that Mexican flu.  I believe now that whatever bacterial infection that was, it got established in my joints and is reflecting back as "bacterial arthritis".  I was susceptible to this due to continuing battles with dental dysbiosis--gingivitis and at its worst, periodontal disease--which had become systemic in my 40s, but with diet and focused dental care, I was able to control it.  However, the channels had been set up, making the body a prime candidate for bacterial overgrowth, which I now know is what is going on.

I never did anti-biotics, instead opting to do probiotics, but now I see that the level necessary to get to a deeply ensconced bacterial "fortress" has been woefully inadequate.

Now, after nearly 4 months on the program, my body awareness and communication has increased to the point where certain vital information is finally coming into my consciousness about what my body has been trying to tell me all this time.   One of the "programs" in Source Energy Medicine is bacterial infestation, which is something I occasionally wondered about, but now realize THAT is what my body has been me to laboring to get me to understand.

As of today, I've begun "phage" therapy with  bacteriophage cocktail from Body Ecology, and have doubled  my probiotic intake, and for the first time in over 6 years, I'm feeling some relief from the body finally giving me a "thumbs up" for this line of treatment that I haven't had since the genesis six years ago/

Posted by Boyd Martin at 6:32 PM No comments: 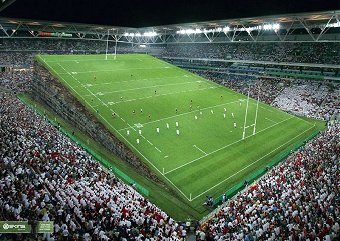 Here's a thought experiment: Imagine a playing field, such as a soccer or football field. Now, at one end the playing field is a beautiful countryside with rainbows, beautiful flowers, amazing villages, children laughing, super-high-vibes--your happiest place. At the other end of the field are your worst nightmares--darkness, sadness, terror, injury, drama and dysfuntion. Now, go down onto the field. Which end are you closer to?

By resisting the dark end of the spectrum, we expand it, and by longing for the light, we demonstrate how the light end of the spectrum is not what we are having, doing, or being. It is a sort of double jeopardy, where one end seems unattainable while the other seems to be continually biting at our heels. As Princess Leia of Star Wars said to the Imperial General, "The more you tighten your grip, the more star systems will slip through your fingers."

We have been acculturated to deny and run from the darkness within ourselves, and like so many societal "solutions" to undesirable states and conditions, the more intensely we resist and deny the darkness, the more solid it becomes.

"Greener Pastures" are always "over there" somewhere away from where and what we are being right now. That "Silver Lining" is always behind those dark clouds, seemingly out of reach, representing a day of divine blessing that never seems to come.

What is easily forgotten, or overlooked, is that the "dark end" of the field could not exist without the light end. And if we find ourselves at the dark end of the field, it means there must be an opposing light end. The other unacknowledged truth is that within each moment at the dark end there exists a gateway to the light. We have only to make that choice to go there.

By getting hung up about "how dark it all seems", we expand it, make it greater than we are. We lose hope of ever getting to the light, and tumble further and further into that Dark End Zone. We stop looking at the light end, throwing away personal power in favor of "fate" or a rescuing "savior" that will make it all go away.

News flash: We are all our own saviors, and we save ourselves by choosing and committing to that light end of the field.

When there is pain, we must acknowledge that relief co-exists with that pain. We choose relief and thus begin the hero's journey out of pain. When there is the loss of a loved one, we must acknowledge that connection, oneness and love is co-existing with that sense of loss. When there are financial setbacks and poverty, there can only be such things because prosperity and abundance exist within those conditions. Just as with any problem, the solution exists within it.

I was sent a very special video by a friend that got me going on this--a talk by Miranda MacPherson. She speaks about the practice of non-duality being a frontal assault on everything we've decided we cannot be. Everything convinces us that we are not good enough, strong enough, smart enough or conscious enough to experience joy, grace and unconditional love in our lives. By fully embracing the entire spectrum of dark to light, and truly accepting and allowing both ends as eligible for unconditional love, we rise to the awareness that all is good, all is joy, and all is love. There are no excuses for our perceived weaknesses, as those are a denial of our strength. There are no excuses for our stupidity, as that points directly at our innate intelligence--how we learn and grow to appreciate our choices. 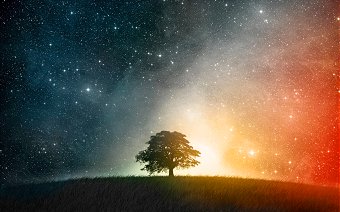 As we become inclusive of ALL of who and what we are--the entire spectrum of densities from that carbonized black goo to the glorius effulgent light of infinite being, we gain a mastery over our choices. We gain a truly deep appreciation for everything we've gone through across the entire spectrum of experience, for it has brought us to this place of true understanding.

We become free to run and jump and roll around anywhere we please on that Field, in the full knowing that no matter where we go, we are loved, we are cherished, and we are infinitely free.

Posted by Boyd Martin at 6:38 PM No comments: