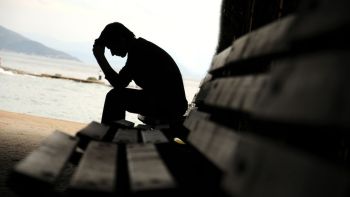 My dear friend and shaman, Janet Barrett (whom I highly recommend for energy work), turned me on to this quote by Ralph Waldo Emerson: "Finish each day and be done with it. You have done what you could; some blunders and absurdities have crept in; forget them as soon as you can. Tomorrow is a new day. Begin it serenely and with too high a spirit to be encumbered with your old nonsense."

I've too often found myself stewing in recriminations and regrets about what I have or haven't done in my life--and when you get to that "certain age" (64), the opportunities to do so are frequent and persistent..

In saner moments, it's easy to see that all regret and recrimination is a result of judgements and conclusions that form into an overall point of view: "My life is nothing like I expected it to be", or "You'd think by now I'd have some things figured out", or "All this time has gone by and I still don't know shit." And then you consider all the time you've spent mulling over these apparent malfeasences and it adds more gasoline to the fire of self-condemnation.

In his quote, Emerson makes it all about choice. CHOOSE to forget those "blunders and absurdities"; CHOOSE to begin anew; and CHOOSE to begin it "serenely and with too high spirit to be encumbered by your old nonsense".

As Janet pointed out to me the other day in one of our marathon sessions, "What are you getting out of these judgements you're making about yourself? What is the reward?" Ouch. Does it actually feel good to wallow in self-pity? Well, if I was going to be completely honest, yes, there is a certain resignation and soft numbing not unlike falling asleep--and that does feel good. It's a sort of endorphin release of the abdication of responsibility combined with the cuddly softness of not giving a damn. It's a sort of soft rebellion of choosing not to care, choosing not to take action. It can be addicting, and I suspect it is what can lead a person into clinical depression. 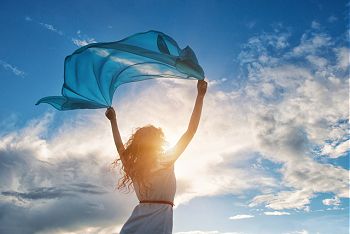 It's not that there is anything wrong with this syndrome--it's just something to choose against, really. The soft heaviness and comfortable apathy is the vehicle carrying us toward death. It shows up in the body as a sapping of energy, a need to lie down, a compulsion to tune out everything that is not that--a path to oblivion.

Oddly, I've noticed I can jump out of this vehicle's gravitational pull by asking the simple question, "What would it take to finally have joy and ease in my life?" And after a time, the photons return to energize the DNA, and lo and behold there is light at the end of the tunnel.

The thing is, Life really doesn't care whether you personally live or die, since through living it expresses itself through you, and in death, simply uses the vacated quantum waves, molecules and cells to joyfully re-animate into new forms of life. So the choice to live or die is yours alone to make.

Vital and energetic joy and ease are what life uses to be more of itself. And when we are "full of life" there is automatically joy and ease in our lives.

Posted by Boyd Martin at 5:47 PM No comments: 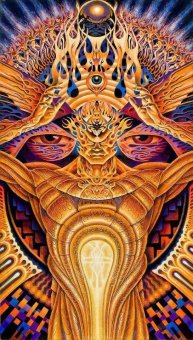 In the shamanic world--a world we are addressing with the idea of a "Quantum Life"--we see everything as energy. There is "negative energy", the energy of the destructive, death and decay, of fermentation and marination; and then there is "positive" energy--the energy of the creative, life-giving, growing, flowering. Both of these energies create the yin-yang of the physical world that we perceive through our senses. There would not be one without the other. Hence, ultimately, the division of energies into "positive" and "negative"--making one good and the other bad--is an arbitrary judgment having nothing to do with the truth of Reality.

With all the controversy and chaos-making surrounding the election of a new U.S. president, it's important to embrace this "everything is energy" truism.

I've personally never agreed with the two-party system. At its core, it's divisive, and serves to divide into two camps populations whose beliefs run the full spectrum of human emotions, values and morals--hardly contained within two platforms of political belief.

However, to divide is to control--a divided electorate is a controllable one--and those in power have used this "divide and conquer" strategy since the dawn of time.

This is why I was not at all surprised at the rise of and election of our current president. The further the pendulum swung in one direction, it was surely going to swing in the other--it's the nature of the two-party system. And when it comes to liberal vs. conservative it's interesting to note how those concepts have evolved through the years. I remember back in the day when "liberal" represented more along the lines of hippies and free-thinkers; where "conservatives" were more about keeping a comfortable status quo and being frugal with money.

Nowadays, "liberal" has come to be embraced as "humanitarian" by liberals; and "convervatives" have come to be known as "self-empowered" by conservatives. Yet the Liberals define conservative self-empowerment as "self-serving"; and the Conservatives see liberal humanitarism as "Socialism". How petty and un-serving are both views, because they trap a certain moral code into an over-simplified cage of judgment and denial.

That said, our current president has come into power not as a "liberal" or "conservative" but as a disruptor--a "joker" card, if you will, bringing chaos and outrageous uncertainty to a political world that has been hypnotized to sleep in a gigantic inhuman monolith known as "the government"--and it's all driven by the engine of finance. Believe it or not at one time in this country's history, the people came first and the money came second. This has, over time, been reversed because money is power in this culture. 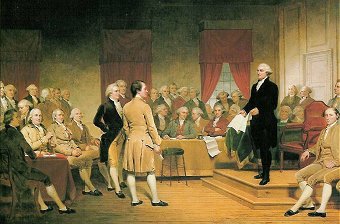 We also must remember that the word "democracy" was shunned by the founding fathers, who saw fit to not use it in the Constitution. As Thomas Jefferson stated, "A democracy is nothing more than mob rule, where fifty-one percent of the people may take away the rights of the other forty-nine."

And as the years rolled by, the building up of polarized quantum entanglements of politics within this supposed "democracy" have at last culminated in a completely polarized electorate, unable to hear or even allow opinions of the other side. And then amidst all this extreme rancor, sits The Disruptor of a president. It couldn't get more dramatic; and yet this Grand Entanglement is revealing the true mechanisms behind the status quo established long ago by power-seeking men and women, who have lost the point of what it means have a functioning republic.

Out of chaos rises awareness and unheard of possibilities. This is America's greatest hope--to unite in the awareness of who the Controllers really are, and re-create a better world without them.

Again, everything is energy, and as individual creators, how we create the energy of our own lives is how a better world for all is achieved.

Posted by Boyd Martin at 2:27 PM No comments: