The Aversion to the Expected 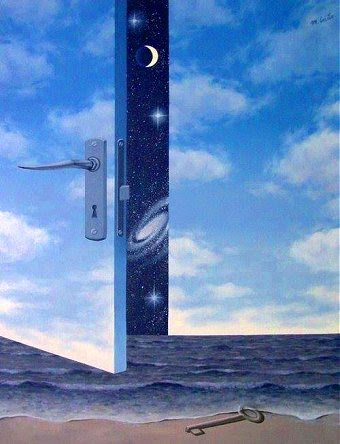 There exists somewhere deep down in the DNA an aversion to the expected. For some of us "cosmic rebels", it not only became a central feature of our approach to life, but our entire lives reflect it. It, in and of itself, can be a sort of prison of the mind--just as any ego attachment to resistance can be.

Part of the architecture of this aversion is fear of no change. If things stay the same for too long, those with this affliction start getting anxious and eventually become depressed. We are suspicious of people with the opposite affliction: fear of change; judging and accusing them of being over-controlling, desperately conventional slaves, or control freaks. We see this because in our own way, we are being and doing exactly the same thing--just on the other side of the fence.

My conjecture is that for evolutionary reasons, this feature was embedded in the DNA, just as fear of change was, but for different reasons that were exploited to create slaves. The F.O.N.C.'s (Fear Of No Changers) acted as liberators for other F.O.N.C.'s, while the F.O.C.'s (Fear Of Change) people kept to themselves, preferring the soothing regularity that constant routine affords.

In society we cater to this Fear of No Change feature by allowing "vacations", and other distractions from work routines, but to the true F.O.N.C.'s, these activities are looked at suspiciously as transparent manipulations designed to salve the impulse to bolt from work routines.

In my own case, as a dyed in the wool, F.O.N.C., I could never maintain a work routine unless I created it--and even then, I end up rebelling against that at some point. This is frowned upon by the master-slave culture inherent in capitalist-industrial-consumer societies.

I bring all this up as a way of de-constructing my incessant wanderlust, and I hope it may shed some light for certain readers. The point is, there is no "right" or "wrong" end of this particular spectrum. But, just as in any dualistic panorama, the more extreme swings one way or the other, seem to create pain and suffering. This was noticed by the great Zen masters who, as a result of this awareness, promoted the "Middle Path", and I ultimately embrace that--even though my ego attachment to wanderlust acts up sometimes.

In light of quantum, non-dualistic living, the F.O.N.C. person must come to the awareness that everything is changing all the time, and that the illusion of "no change" is just that: an illusion. We get impatient and antsy, as the monkey mind runs around its self-imposed cage, shaking the bars, kicking the food tray, and splashing the water trough. We too easily, sometimes, forget to look beyond the cage to observe the rest of the world inexhorably transforming itself in order to realize our hopes and dreams.

The key is noticing the changes, and hanging in with the time loops, apparent time drags, and all the other sensitivities we F.O.N.C.'ers have about change. We must remember that one's entire life can change in an instant, and that most of perceived change is happening underneath surface perceptions.

So, fellow F.O.N.C.'ers, stay the course, keep the head and chin up, and sally forth in the ultimate certainty of a greater life ahead.

Posted by Boyd Martin at 3:46 PM No comments:

A Dream of Fire 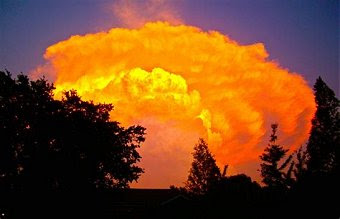 One of my spiritual practices is to review my dreams. I usually do this as soon as I come out of the dream into waking consciousness, as it's much easier to retrieve them then. I focus in on the feeling of the dream. This is the sub-conscious or unconscious energy that is coming to the surface to be released through the energy of the dream. I then clear the energy by noticing it.

Sometimes dreams can be so intense that they arrest your attention for hours, or even days. I had one a few days ago that still has me digging into all the feelings that cascaded through the dream into my waking consciousness. This was an apocalyptic dream of fire. I was watching TV and an emergency announcement came on that the atmosphere had been ignited, and that it was a matter of a few minutes before the entire atmosphere of the planet would catch fire.

I ran outside in time to see a huge, rolling wall of fire descending across a peaceful panorama of a country landscape. I watched as the sky above me burst into flame, and realized my body death was imminent, as I automatically held my breath in anticipation of being instantly fried.

Then, oddly, everything burst into flame around me--trees, grass, houses, barns, fences--even a pond went up in flames, and yet I was unscathed. The fire left as rapidly as it had began, leaving a disturbing view of burned-out devastation. I felt huge relief, yet, huge loss, and yet great hope. Then, it dawned on me that I had caused the atmosphere to ignite. I became desperate to find another person to see if they, too, had escaped the certain firey death. I walked for a little while and saw a small group of people huddled together. They seemed unharmed, and I asked them if they were okay. They nodded, then I woke up.

Once I processed through the emotions creating the dream, I started to zoom out for a greater awareness of my experience of my life. I realized that I had been asking for big changes for several days before the dream, and that desire got translated into a destruction dream, revealing my resistence to the "big change" I was desiring. It was as though "big change" was getting interpreted in my subconscious as an apocalypse.

I used to have a debate with my next door neighbor, who was a former Black Panther. He would echo the teachings of Malcolm X, "Social change only happens from violent revolution," he would insist. Indeed, a cursory view of history certainly provides several examples where this is true. And yet, I would argue that a peaceful and persistent campaign to win over the minds of the public was a superior way to create social change. My Black Panther neighbor was never convinced.

But that was back in the days before the Internet, fake news, and political propaganda on 1000 channels. I think my neighbor would probably change his tune--as far as non-violent social change. But, we'd probably agree that using such methods for the creation of an overall Utopia for humanity--because there was no immediate profit in it for the propagandists--would be highly unlikely.

National and world politics aside, I zoomed in on my own personal politics of change, and realized that usually, if an unwanted condition or situation arises, I first ask for it to change. Then, if it doesn't, I look for subconscious feelings that may be holding the condition in place, and let go of those. If things persist, I start looking for what reward I'm getting out of holding the condition in place. Failing that, I ask, "What if this is about something completely different than what I think it is??" That usually creates a chink in the fixed condition, allowing some cracks, and eventually the whole thing falls apart in the face of full awareness. 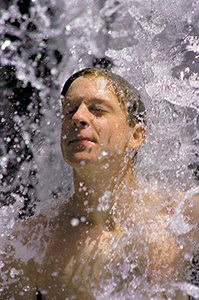 I hark back to resistance vs. allowance. Resistance to an unwanted condition inevitably gives it energy and further attaches it to my energy field. With allowance, the unwanted condition simply floats on by and fades off into the distance. Yet, we tend to resist what we have a vested interest in continuing. We take up arms in the defense of our resistance as if our perceived superior position will cause the "other side" to just give up, and it's one more victory for the ego.

The ego thrives on polarities, and so when we're in resistance to anything, it's pretty much guaranteed it's an ego trip. The ego uses the mind to justify, accuse, excuse, and all the other tricks to make us feel right because the other thing is so wrong. Feeling right is a false flag operation. It looks genuine and righteous, but only serves to preserve the unwanted condition, meanwhile soaking up and distracting all the attention you could be spending on creating greater awareness.

When we find ourselves in a polarity, immersed in judgement, justification and accusations, it's time to seriously check ourselves. Move beyond the polarity into a space of non-judgement where both sides appear perfect for existing. Send love and understanding, and notice what part we all play in maintaining the conflict. We can then no longer feed energy to the polarity. By employing this technique, we can avoid having to set the planet's atmosphere on fire.

Posted by Boyd Martin at 3:18 PM No comments: