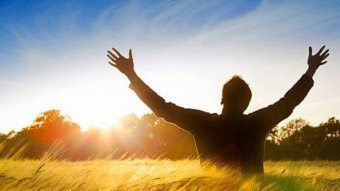 In scientific research about the death process, subjects repeatedly report that when they realize it is inevitable they are about to die, they completely give up. Then, a profound peace is felt, leading to a bright light or gateway they are compelled to step into.

This came to mind today, as I struggled with remaining mindfully detached about my physical state: pain, frustration and irritations--all around minutiae that would normally not even come up. It was just "one of those days"... I got myself embroiled in trying everything I could to change my emotional state, but was just feeling like I was drowning in a sea of overwhelming weakness and hopelessness. It seemed the more I tried to "do" something about it, the more extensive it became, until... I gave up.

I just let it all just be what it was, giving up trying to do anything to change the state. Suddenly, I was engulfed in a profound calm, and right away everything seemed to be in its right place, and there was nothing to do--all was moving according to Plan.

As I continued to sit with this energy, I realized I'd been tripped up by my monkey mind once again. Sneaky little sucker. As my state worsened, and as I kept doing things to try to change it, the mind went into a state of alarm, becoming frantic, desperate and depressed. The powerlessness became an existential threat, and so the monkey mind started revving up for fight or flight.

This clearly reveals the Lie of Control. For a long time, I was confused about the basic difference between "control" and "creation". Isn't "creation" controlling? Under the spell of this confusion lies the gaping temptation--after making a choice--to attempt to control all the elements that you think need to be controlled in order to manifest or actualize that desire. This is the ego-mind trap that can too easily lead down a most uncomfortable rabbit hole of pain and suffering--not to mention a ton of work

You intend to have or be something, and at a quantum level, it's happening--instantly. We get tripped up by the passage of time, and our unawareness or unacceptance of this concept, which makes us believe we need to control everything for the desired outcome. By attempting to control the quantum state, it is pretty much guaranteeing you'll be injecting force fields between your original intention and its inevitable outcome.

We are taught in so many ways the master-slave paradigms pf. "You must Work hard for what you want". The trouble is, the more you grasp for what it is you desire, the more the universe responds to you're not having it. As demonstrated in quantum physics experiments, the state of particle-waves changes upon measurement--meaning that what you watch changes. If you intend or choose for something to happen, and then watch every single, little process leading to the actualization of that thing, you'll be watching for a long time--and working your ass off.

What's really needed is that once a choice is intended, give up on trying to control the getting of it. It's already in process and is inevitably on its way to you. It is the disbelief in this feature of consciousness, that blocks or creates barriers to the intention. We're watching the particle-waves coalescing around our choice too much, thus changing the outcome, or inserting more time and events than originally required. We get our attention stuck on the not having, which gets reflected back to us, as time trudges on.

Each of us is a Creator with a capital "C". That's literally ALL we do--consciously and unconsciously. We cannot do or be anything else. Unless, of course, you want to as an ego exercise, give up "making it happen" in the certainty it is already on the way, and then just enjoy the ride, open to responding joyfully to events unfolding in the having of it.

To your quantum health,

Posted by Boyd Martin at 3:31 PM No comments: 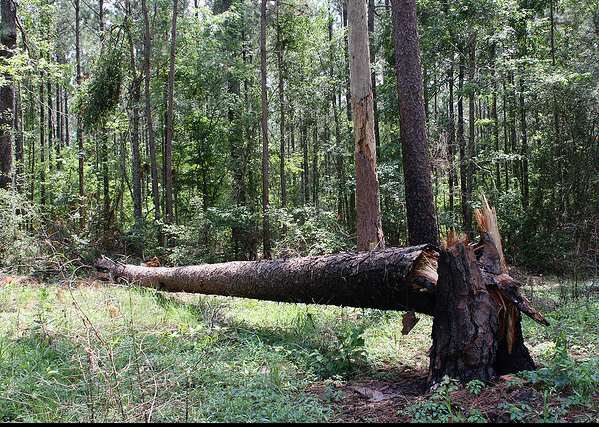 Albert Einstein famously asked the question, "Does the moon disappear if you are not looking at it?" And, there is the well-known philosophical condundrum, "If a tree falls in the forest and there is no one to hear it, does it still make a sound?" Both of these questions have been definitively answered within the realm of quantum physics, and the answer is a resounding, "NO".

Flying in the face of Einstein's "Objective Realism" and Newton's "Laws", what scientists are coming around to is that what has been counted on to be solid, objective reality, is in fact, anything but. Essentially, the world we live in is not much more than a construct of beliefs. We believe the moon is in the sky because everyone else believes it to be true. The Hubble telescope zooms in on far distant galaxies that we believe are objectively real. The startling truth is that those galaxies are just as ephemeral and illusionary as the sound of that tree falling the forest.

As humans, with our highly specific perceptions observed through very specific wavelengths of light, sound and smell, we comprehend our universe through stacks upon stacks of agreements, judgements, conclusions and beliefs. This is the furry underbelly truth of the world, regardless of how "real" it all seems with all those hard surfaces, very "real" threats to survival, perishible foods and bodies, not to mention the inexhorable passage of what we have agreed to as "time".

As an interesting and vital side note, scientists have also proven that time is an illusion, and that from a cosmic perspective, everything is actually all happening at once. Our human brain (with its 11 dimensional wiring), presents perceptions as a linear march of various "events". The "events" are actually simply arbitrary conglomerations of stuff that have been related together to form various types and flavors of "reality".

So now, have I de-constructed your reality enough? I do so to make my point: We are unwitting, unconscious, creators of the lives we live--all the way from galaxy clusters down to the simplest bacteria. It's all there because we agreed to create it all with all these other points of view we perceive as "others". (In truth, we are all one Creator, doing our things from different points of view).

The task--or trick--is to regain our denied consciousness to such a degree that the world we experience reflects accurately our desires and visions. As biologist, Dr. Bruce Lipton, has pointed out, 97-99 percent of what we are creating is unconscious, emanating from the subconscious mind. 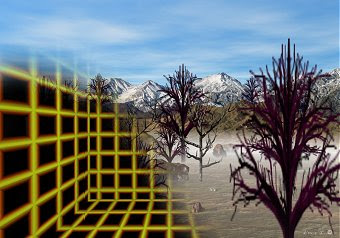 The subconscious mind is what is plugged into and deeply interfaced with the meta-program that is running like an immense digital Star Trek holodeck. This subconscious mind is mostly overlooked as a source of the majority of our creation. In fact, despite the immensity of what it creates, this giant subconscious mind is very simply programmed like any garden variety computer--with on-off switches. This is way different from the conscious mind, which needs to make associations and create relationships among things in order to learn.

The subconscious is programmed by the repetition of "yes" and "no". That's all. We can consciously repeat a desire or preference until it builds up enough of a field in the subconscious, and, boom, it actualizes that desire or preference. We can create change in our body, our attitudes, our relationships, just by repeating with feeling the change we want to see created. All of this takes place in the imagination, and the fuel that feeds the subconscious is feeling. Consciously create the feelings of what it is you want to experience, add some patience over time, and, bang, there you have it.

It's all a matter of suspending our beliefs against all of this, in order to make it real. The cosmic irony is that beliefs created this world we are in--and suspending those beliefs is what opens up the infinite possiblities we all have access to, to create the life we truly desire.

Posted by Boyd Martin at 3:33 PM No comments: