Help a homeless man with a dream, and make money yourself.

After 18 years of successfully managing and marketing an online health products company (pureenergyrx.com), I ran into a wall. All of my marketing efforts that had served me well in the past started to fail. We think it may be due to Google algorithm changes favoring big advertisers, or perhaps a sea change in online buying patterns. Whatever it is, by October of 2016, I found myself unable to pay rent, and fled to my brother's abode in Western New Mexico to continue to work on debugging what was happening with my business.

Months dragged on without a viable solution, and what was originally a two-week stay turned into five months. This was creating a hardship on my brother and his wife, as I just wasn't able to contribute my share to the household. I decided to leave, throwing my fate to the winds. I ended up back in San Diego with a couple of hundred bucks to my name, and all my possessions (except for a suitcase and backpack) sold or given away.

As good fortune would have it, I landed a couple of housesitting gigs and a short-term work for rent trade situation, which brings me to the present day (mid-Oct. 2017). My current housesitting gig is ending in two weeks without options for the next place to land.

Since I have been basically "floating" without a net, I decided I might as well spend my free time creating my dream. It's a dream I've had for decades, but as with most dreams we have, we seem to put them off, not believing them possible, relegating them to the dustbin of unattainable fantasies.

I realized that I literally had nothing to lose, and started an Indiegogo campaign to fund a Class C RV that would serve both as a home and the mobile studios for my dream--The Mystic Broadcast Network: a production company creating interviews and covering events in the higher consciousness / transformation field.

After 30 days of the 44-day Indiegogo campaign not one person has come forward to contribute to the project, my dream, my new home. In fact, no one even commented or offered any encouragement whatsoever, save a couple. Needlesss to say, I've been heavily processing this so as not to take it personally!

Last week, I discovered a remarkable passive income program called USI-Tech, that does currency trading using A.I. (Artificial Intelligence)-powered algorithms that are programmed to not do trades unless there is approximately a 1% return per day on any given investment. This is possible because with A.I. trading, hundreds of thousands of transactions happen EVERY SECOND, so it's not a stretch for it find trades yielding 1% every day.

Well, do the math. After making sure I had groceries, I jumped in with my last $130 and so far, after 4 days, the algorithm is working as promised, providing the 1% on my spend.

So, I am now asking that anyone at all interested in helping a homeless man with his dream, AND WILLING TO MAKE TRULY PASSIVE INCOME, join me in USI-Tech. It's free to register, and if you decide to make a spend, I get a 10% commission, as will you, too, if anyone you refer does the same.

I've been making this offer for four days now, and have gotten some response, mostly negative about USI-Tech being a pyramid scheme (which it is not, by definition); and others claiming that there is no way they can guarantee 1%. Well, this is not your grandma's trading program!

USI-Tech is founded by two German investment programmers who used these A.I. algorithms to enrich big international banks and billionaires. They decided to migrate the process out to the general public, which is highly subversive, since it has the potential to "claw back" incomes for the middle class, who have basically been victimized by these highly secretive trading programs that pulled money away from the middle class into the upper 1% of financiers on the planet.

I see this as a sort of Robin Hood A.I. here to recover losses we've all experienced living in the middle and lower class income slave matrix.

Please do not be a naysayer... check USI-Tech out, and beware of people dissing it who haven't tried it.

Posted by Boyd Martin at 4:36 PM No comments:

USI-Tech: Power to the Little Guy

THIS POST IS NO LONGER AVAILABLE DUE TO THE SHUTDOWN OF U.S.I.
Posted by Boyd Martin at 7:56 PM No comments:

The Magic of Repetition 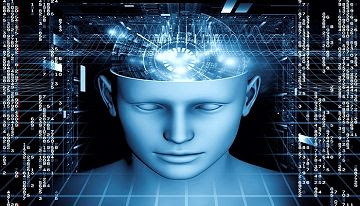 In my mind, the most NOT talked about thing about actualizing, manifesting or any form of creative alchemy is repetition. It's kind of magic's dirty little secret.

The subconscious is accessed and programmed by repetition. If we aren't consciously programming our subconscious, then the rest of our experience will program it for us, and because conditions in our life came about through repetition of viewpoints, conclusions, choices and judgements, we are going to be experiencing pretty much the same thing from day to day.

The subconscious can be visualized as a vast array of off/on switches, and these off/on switches are in circuit with the DNA in our genes. The important thing to know is that these switches require the repetition of an exact "command" in order to be switched on or off. A command is formed by our CHOICE. If we CHOOSE to accept or create a certain point of view, or feeling, for example, "I'm just not good enough to get what I desire", this conclusion becomes active.

When this happens, the mind begins to look for corroborating evidence of its truth. When the evidence is found (as it invariably is), this acts as an amplifier for that initial choice of "I'm just not good enough to get what I desire". Now, repeat this enough times, and the subconscious adds this switch to its vast array, and soon the experience of "not being good enough" goes on automatic, adding yet another layer to the subconscious programming.

The conscious mind now begins to observe all sorts of ways this "I'm not good enough" command is true in life, and without any countering commands, it just keeps getting re-enforced and soon, our life experience is in a miserable, downward spiral.

That's why when we CHOOSE to change our life into something exciting and worth living, all the reasons why that can't happen immediately show up. This is the "switch" that we had previously carefully and skillfully installed! Now it becomes a matter of repeating the choice--over and over--until the subconscious program is overwritten--that switch is turned off, and a new switch is turned on: "My life is exciting and worth living." 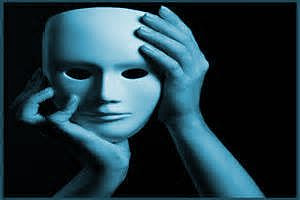 The complicating factor is ego. Our sense of self has a dark side that basically campaigns for the subconscious. Whatever the dominant program is that is running in the subconscious, the ego owns it, makes it personal, and defends it. That's why after we've made the CHOiCE to change, experiences will come up that seem to invalidate that choice, and we take it personally. That's the dark ego talking. The trick is to get the ego on your side. Get it to be a cheerleader for your positive choices.

We can do that by simply noticing that the sheer act of making the choice to change caused life experiences of the opposite. If we frame those negative experiences as progress, and are, as a result, encouraged, the ego will soon jump on board and start telling you how great it's all going!

I've been studying with a powerful shaman lately, and she keeps repeating, "Why would you continue to choose to feel BAD about your circumstances after you have already CHOSEN the circumstances you desire?" Good point. And it has everything to do with training the conscious mind to train the subconscious mind toward what we truly desire.

So it all boils down to CHOICE and REPETITION, folks. Pretty damn simple, actually. Although some would argue simple is not easy, and this is true...at first. The hard part is feeling those old feelings that jump up to try to re-enforce the program you are choosing to change, and the ego is taking it personally (before it switches over to your side). At a certain point, after much repetition, these feelings and experiences fade away, and are replaced by the joy and ease you are choosing. It's a process. Enjoy it, and the magic that is sure to follow!

Posted by Boyd Martin at 4:36 PM No comments: