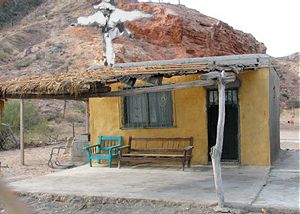 I've always been a big Carlos Castaneda fan, and his semi-fictional books have always been an inspiration. Now and then I revisit some of that information, and one piece in particular kept leaping into my awareness this past couple of weeks.

I believe it was the character Don Genaro, who, after appearing to Castaneda face to face in front of the casita where they were staying, suddenly and without warning re-appeared on the casita roof.

Flabbergasted, Castaneda blurted out, "What does this mean, Don Genaro?"

Genaro paused and looked out to the horizon for a long time from his perch on the roof, then said, "It's about getting in front of your life. If life is coming at you, you're doing it wrong. Be in front--like a leader of the pack." Genaro then jumped down off the roof, but seemed to be floating. "See? Live your life as a director, not a follower."

So many things seem to "happen to us", when actually we created them, or contributed to them happening. And yet, we seem to insist on being at the effect, or victim, of our circumstances and life events. When we assume the position of victim, or being at the effect, we give up any input energy that we may be able to change things with. That stance also leads to more victim-ness, as life saunters on like a slow moving tsunami, taking out the carefully built foundations and structures we've used to keep being at the effect.

One handy mind hack is to be mindful of when you put yourself at the effect of circumstances. Then say, "Interesting thing I created there. What is my next best move?" This replaces the inner rhetoric that usually goes on: "Damn. This pattern again. Will I ever learn? I'm tired of everything working against me."... etc. etc.

What we can create--and create in an instant--is an awareness of one of my favorite concepts: "Pronoia": The feeling and observation that Life is working in your favor. If you can perceive circumstances as being to your advantage, no matter how extreme or disadvantageous, then you've begun to "lead the pack".

Leading the pack also means seeing things the way they are NOW--not compared to the way they were, or some other past perceived joyful nirvana. Chances are that joyful nirvana is a self-defeating construct intended to neutralize best intentions in the present. "Youth is wasted on the young", or "The good ol' days are gone", or "It'll never be as good as it once was." These are all victim declarations, because they instantly dis-empower any present or future action to create brand new ways of joy and ease.

So assume the stance of Life Leader. Get out in front of circumstances simply by assuming that point of view. Then, sally forth confident that life is always working in your favor...

Posted by Boyd Martin at 6:54 PM No comments: 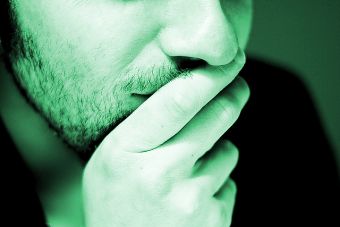 Now when I say "meaty choice", I'm not talking about shopping for barbecue... Although, metaphorically speaking, it's not far off. What we choose--decide to do--is really the basic driver of our life. This may seem obvious until it is acknowledged that in order to create anything, choices must be made.

In fact, the bigger the creation, the more "meat" or "oomph" or intention needs to be there in order for it to happen. It's easy to confuse "choice" with "preference" or "wish". Preferences and wishes are non-critical components of creating where there is nothing at stake, and it's no big whoop if they don't happen.

With the Meaty Choice, though, you've got considerable skin in the game, and the outcome resulting from the choice has far-ranging effects on the rest of your life. What gives these kinds of choice "meat" is the intention (energy) behind them, and consequences if the choice does not actualize.

We're really talking about making the kinds of choices that launch you out of the comfort zone box into a whole new life. Now, not everyone wants to get out of the box, and that's a valid choice, too. But to really change it up--if that's what you need or want to do--then the Meaty Choice is your alternative.

How do you make a Meaty Choice?

First, really DECIDE that this is what you truly, deeply want to do. You must be willing to make this decision and then stick with the choice "come hell or high water". Ironically, once the choice is made in this way, "hell and high water" usually don't come up. 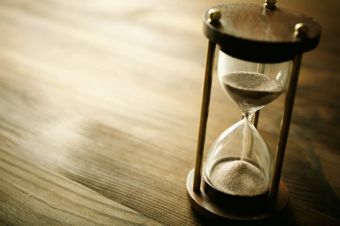 Thirdly, keep making the choice, over and over. Keep creating the outcome. If you stop, or if something else becomes more important, or distracting, then you are adding time to the actualization "schedule" the Universe is attempting to provide you. Once the Meaty Choice is made, the Universe begins to have your back, and as you repeat this choice the more demonstrations of this fact will manifest. Persistence wins the day.

If you have any procrastination proclivities like I do, it's dismayingly easy to "put off" making any kind of Meaty Choice. I think this is because the reason for procrastination is to "keep options open" for something better, or the other kind of procrastination has to do with needing to be forced to do something unsavory, and time becomes the force factor.

Either way, time can be your friend or your enemy. If you are completely and thoroughly willing to "do whatever it takes" then the Universe will throw you time-sensitive opportunities that really speed stuff up. If you're procrastinating, then so does the Universe.

You want to break out of the box and live a life you've previously been just dreaming about? Make that Meaty Choice!